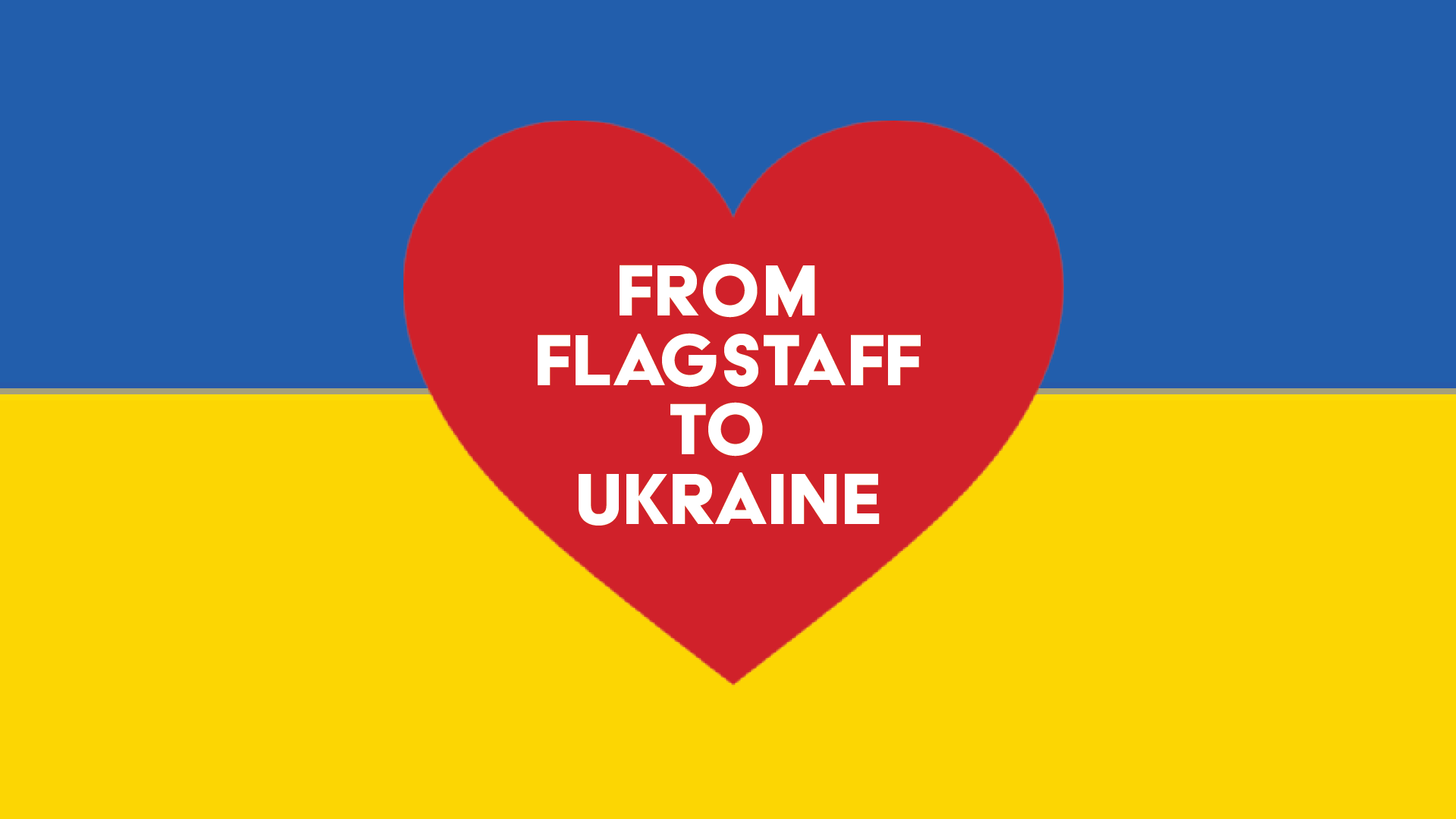 Flagstaff, Ariz. – The Orpheum Theater will hold an emergency fundraising event, From Flagstaff to Ukraine in response to the ongoing Russian invasion of Ukraine on Sunday, March 27.

On February 24, 2022, Russia began the invasion of Ukraine, a major escalation of the Russo-Ukrainian War that began in 2014. The UN estimates at least 2 million refugees have fled Ukraine since the beginning of the invasion.

“When there is tragedy the Flagstaff community always comes together to help in whatever way we can,” Orpheum Theater Marketing Director Molly Baker said. “As a large venue and cultural hub of the community, the Orpheum feels it is our duty to offer people a place to gather, mourn and respond to the devastating events happening in our world today.”

In the spirit of community, the Orpheum puts out a “call-to-action” for artists, musicians, volunteers and sponsors.

“We invite anyone and everyone who can contribute to this event to get involved in whatever way they can,” said Orpheum Theater General Manager Susan Walter. “The goal is to raise as much money as possible for Ukraine and the inevitable rebuild of their country.”

Musicians are welcome to perform. Artists are invited to tabel and sell art. Small-businesses are encouraged to donate raffle items. Larger community entities have opportunities to sponsor the event and/or be a matching donor.

From Flagstaff to Ukraine will be held from 2 p.m. to 7 p.m. on Sunday, March 27, at The Orpheum Theater in downtown Flagstaff. Admission to the event will be free with a suggested donation.

All funds raised will be distributed through the United Ukrainian American Relief Committee, Voices of Children, and Razom.

To get involved please reach out to the media contact listed below.

About The Orpheum Theater

The Orpheum Theater in downtown Flagstaff is independently owned and operated, and is open year-round to host live music, film screenings and community events. Built in 1917, the Orpheum operated for much of the 20th Century as a movie theater, closing in the late 1990s as more modern theaters opened in town. The Orpheum was remodeled and reopened as a live music venue on New Year’s Eve 2002 by a group of local investors. The current Public Address system was also manufactured by Eastern Acoustic Works in the mid-1990s, purchased secondhand and installed at The Orpheum in 2006.