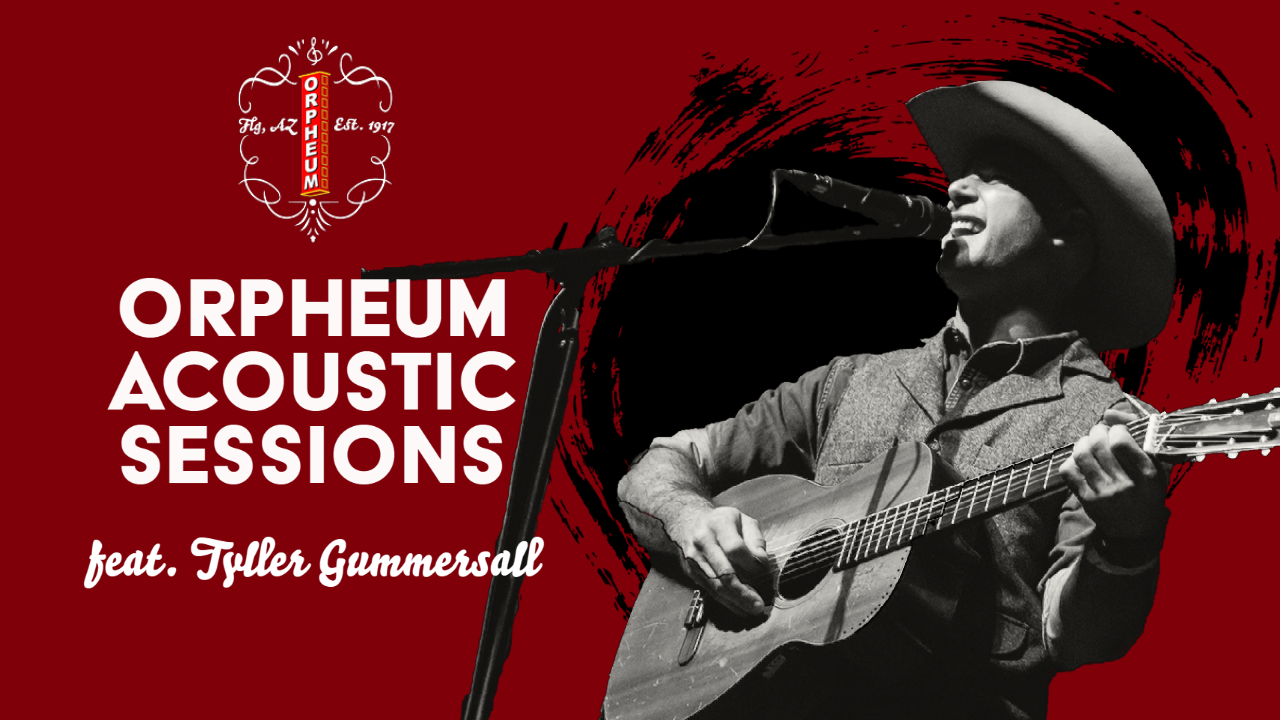 On August 27th, we sat down with Durango, CO country artist, Tyller Gummersall, before his show at the Orpheum. He played two acoustic, stripped down songs for us.

Below is a transcript of the interview:

Orpheum Theater: Speaking of Durango, how has the landscape and environment of Southwest Colorado inspired your music?

Tyller Gummersall: That is a good question! I would say it inspired it a lot. I’ve talked about it in certain songs, made references to the red cliffs and the green valleys. Growing up in a rural area and growing up in the West in general, imagery I definitely draw from and just some of the unique experiences that you have living in the West I think definitely impacted my music.

OT: Alright, awesome, let’s get into the first song!

TG: Cool! I’ll play one that talks a little bit about how I grew up. This one’s called “Dreams”.

OT: So what drew you to country music and made you want to pursue it?

TG: Also a good question. Well growing up, as a little guy, I was always singing and stuff. But growing up in a rural environment, you listen to the country radio. And at that time, what was on the radio was, to me, really awesome country music like Alan Jackson and George Strait and stuff like that. So actually, I got into that music that way, just by listening to the radio. But then, when I started taking lessons with Gary Cook, like you know, a great guitar player from Durango, a member of the Bar D Wranglers, he also kind of introduced me to older music. So I started getting into Hank Williams, Sr. and Buck Owens and Merle Haggard. I think what drew me to the music was its simplicity on the surface but also the very deep lyricism that comes with that. I think that’s the hardest part, is writing something simply that can say a lot… and I think the best of country music does that. That was a fun challenge for me to go after. And I just love the instrumentation, I love those instruments: fiddle and steel and all that stuff. I don’t know if that answered your question, but… *laughs*

OT: Yeah, of course! Wanna play another song for us?

TG: Sure, yeah! I’ll play one that I wrote with my friend, Jim Lauderdale. This one’s called “You Pay For It”.

OT: Nice, I like it. I actually have one more question for you.

OT: So, who signed your guitar?

TG: Oh, that’s a good question! In that first song I played, it talks a bit about rosewood and nylon strings, but this was actually my uncle’s guitar. My grandpa got it at a garage sale for five bucks and he didn’t know it was a nice Martin, it’s like what Willie [Nelson] plays, it’s a ’52 Martin. He scratched it with a nail: “To Frank, Happy Birthday” and he gave it to my uncle, who is left-handed. My uncle actually put this in, this “Just looking for a miracle – FJ Gummersall” ’cause he was left-handed so he played it upside down. So yeah, that’s it so far, my grandpa and my uncle. *laughs* Nobody famous.